Going up the the Jensen family cabin is easily my favorite thing to do in the winter. There is something so fun about riding up in the snowmobiles/snowshoeing up to the cabin and  when all is said and done, sledding and snowmobiling back down.

We loaded Briony up in a backpack and Trent pulled her, Paige and all the gear up on one snowmobile. I followed him behind in the other snowmobile with Milo.
Getting the kids ready to head up the mountain always seems to take forever...especially getting those babies ready. Bee couldn't put her arms down and really looked like Tandy in A Christmas Story {Like a tick about to pop} 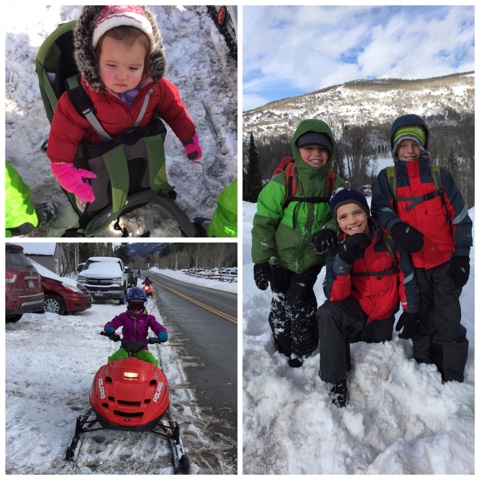 We would drive up the trail a bit and then wait for Oakley and Morgan to catch up with us. 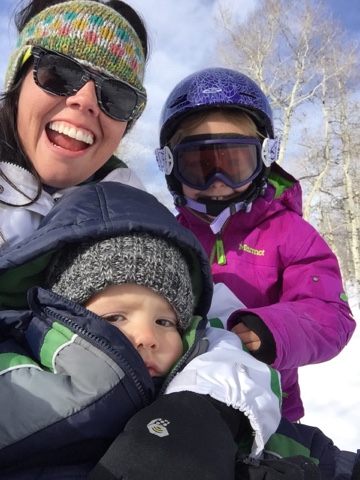 Trent was so nice to haul up my kid on his back. I was so surprised they invited us knowing that it would add a lot more work to their load. Seriously the best. 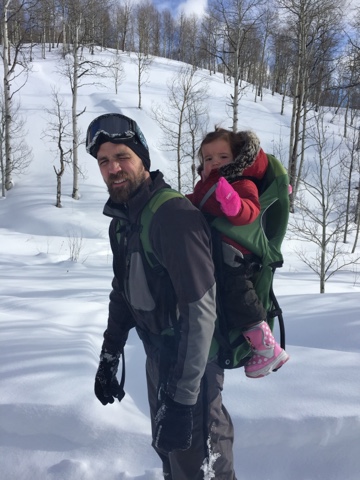 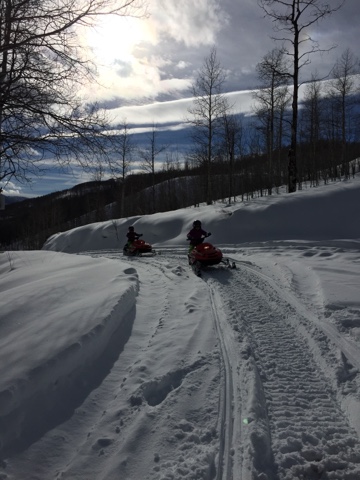 I'm so bummed that I didn't take any photos of us actually inside the cabin. It mostly consisted of us eating a lot, watching movie after movie {Six Days Seven Nights, The Skulls, Labrynth, Clue and Rush Hour} and played games {Risk, Monopoly, Bull Crap, and Scrabble}. The rest of the time we laid around the fire getting nice and toasty.
And then we'd go outside to sled and snowmobile. Amy and I took some of the kids out to the "Crater". While we were there I managed to get stuck twice trying to go up a hill. Paige told me all along not to try and attempt to go up the hills and after getting really stuck the second time {Trent had to come get us out}, I should have listened to her. 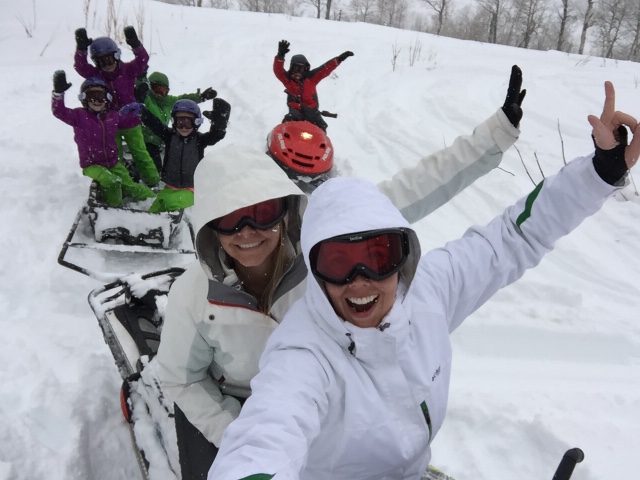 Later on, Luke, Aiden and I were pulled up to the top of the hill by Trent and we did some extreme sledding back down to the cabin. I don't think I'll ever be a good sledder. Aiden and Luke on the other hand were great! 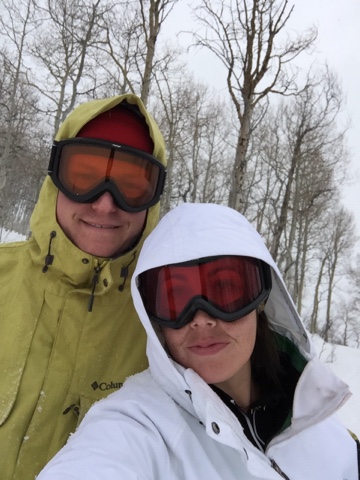 Luke and the babies and I left Monday night and Olier stayed behind worth his cousins. He was thrilled to be able to stay another night. 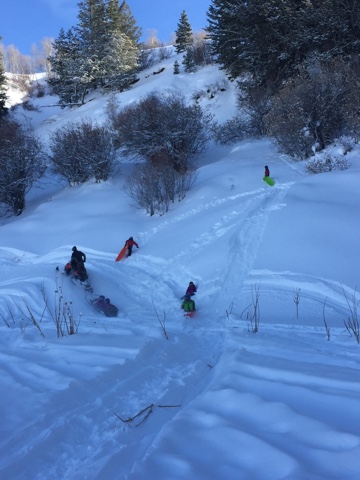 We seriously loved this weekend and spending it with some of our favorites.
Thank you Trent and Amy! 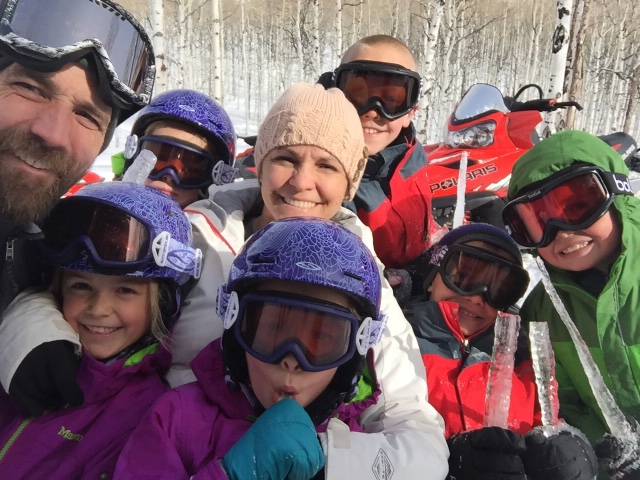 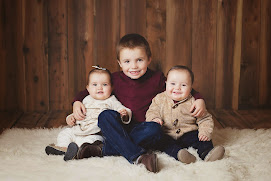